Why isn't the internet more fun and weird?

By mistake, MySpace inspired a generation of teenagers to learn how to code. From Stealing MySpace:

His mistake allowed users to build colorful backgrounds and wallpapers and load them onto their MySpace pages. 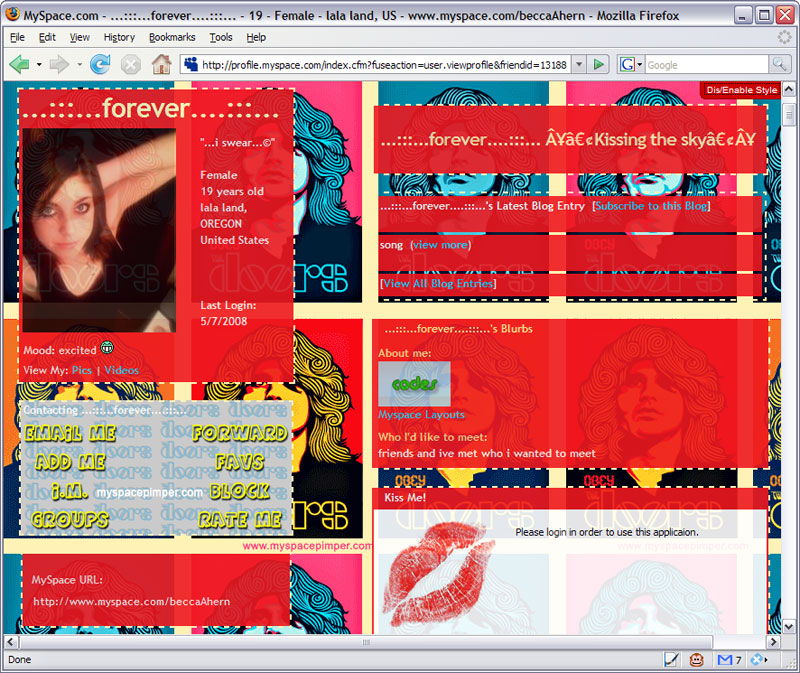 The internet used to be fun and weird.

When's the last time a consumer product let you do this?

We have Dark Mode now...

But where didall the glitter go?

When MySpace was a thing, the internet was just a series of tubes. People used it to buy beanie babies and play Runescape.

That changed. The internet of 2019 is vital societal infrastructure. We depend on it to keep in touch with family, to pay for things, and so much more.

Just because it got serious doesn't mean it can't be fun and weird. 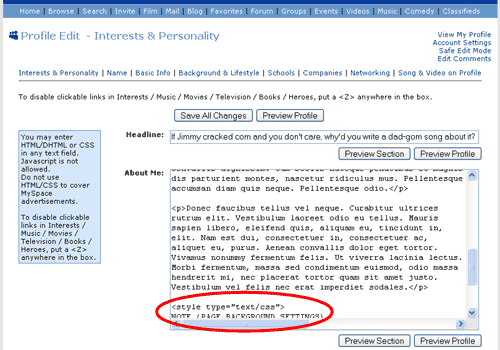 MySpace's simplicity enabled teenagers to make silly things likeglitter text, custom layouts and more. MySpace profiles were a canvas for self-expression and code was the paint.

MySpace showed the world that if you make powerful and complicated tools (like coding) accessible to anyone, people are smart enough to figure out how to use them.

The lesson the internet learned? No thanks.

We started sanitizing inputs. This remains a huge win for security. But, that means sticking code and words in the same place doesn't work anymore. The code becomes ordinary words...or nothing at all.

Nobody ever talks about why this was bad for the world.

Coding became a privilege, instead of a right.

The internet is the great equalizer (1996). People used to believe that. Today, it sounds sarcastic.

We — the programmers, designers, product people — collectively decided that users don't deserve the right to code in everyday products. Users are too stupid. They'd break stuff. Coding is too complicated for ordinary people. Besides, we can just do the coding...so why does it matter?

The everyday consumer products are converging. They ran out of good ideas for helping people express themselves, so all that's left is to monopolize.

Codeblog makes coding as easy as blogging. It's an open-source blogging platform where, instead of just words, you can also write code that runs in the blog post.

HTML doesn't have a<ConfettiButton />tag either, but Codeblog makes it easy to add it to my post.

You're reading a codeblog now.

Posts are written in a flavor of Markdown that renders React components inline. This makes writing words feel natural and writing JavaScript feel like HTML.

Codeblog is powered by MDX, a new flavor of Markdown that supports JSX. With MDX, words look like words, and code looks like HTML.

Examples are great teachers. That's why on Codeblog, the original source code for every post, comment, and plugin will be readily available and remixable. With one click, remixing gives you a live, running website with a copy of the post, comment, or plugin that you are free to modify and make your own.

You can view the source code for this post:

What do you think? Codeblog isn't ready for everyone yet, but if you request access, I'll let you know when it's ready.

My name is Jarred. I'm building a game.

- Lots of side projects. - Optimistic about the future

Words are my own. This is a personal site.